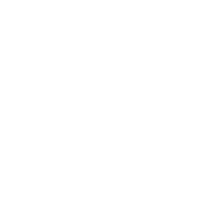 VacationMobiFor all the promotions many travel brands increasingly run on the benefits of doing a digital detox on vacations, many U.S. travelers aren’t listening because they’re too busy using devices that have become the center of modern life.

That’s according to a survey of 2,000 U.S. travelers from Asurion, and OnePoll, a marketing research company. More than 20 percent of respondents said they checked their phones once per hour during their most recent vacations while about 14 percent said they checked it twice per hour.

Nearly 8 percent said they checked it more than 20 times per hour, which seems more plausible given all the reasons why someone would need Internet access during a trip, such as getting directions, checking the weather, or connecting with uber.

About two-thirds of respondents were female but the survey was more evenly distributed among travelers ages 18 to 55-plus and by place of residence.

More than half (53 percent) of respondents said they have never totally unplugged from their phones while on vacation and 46 percent said they have switched off.

Everything about a vacation in much of the world is meant to involve a mobile device in 2018. Travelers are prodded to use certain social media hashtags to share photos of their hotels and sightseeing stops and travel brands benefit from this.

Why call a taxi when you can order an Uberber on your phone in seconds?

Why call a restaurant to reserve a table when you can make a reservation on OpenTable or Yelp? Many airlines increasingly offer in-flight Wi-Fi access and encourage travelers to buy into it, demonstrating that it’s possible to stay connected tens of thousands of feet in the air while traveling hundreds of miles per hour.

So why, then, do some hotels and tour operators continue to push the unrealistic fantasy of putting the real world on the back burner for a few days when let’s face it, many travelers can’t afford — and don’t want to — enter an information black hole?

And how tempting is to tap that work email after responding to a friend’s text message or catching up on the day’s headlines in your newsfeed app?